The tunnels were dug during II World War as shelter for German South-Eastern Europe headquarters. Today they look just the same as they were more than 70 years ago.

Digging began in May of 1942 under command of General Alexander Löhr. Works were not finished before 1944, after a year and a half, when two teams met in the middle of Čajkino Brdo, digging from both ends simultaneously. There are seven rooms in the tunnel. Another arm of the tunnel is still unfinished. 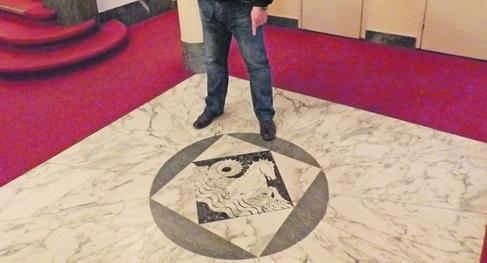 Villa's pavement still has a mosaic showing seahorse, symbol of Vrnjacka Banja. Whole operation was named after that mosaic.

Originial owner of the villa, dentist Miroslava Turkulović, made in Vrnjacka Banja replica of her house in Belgrade. Her family embellished floors with motifs that reminded them of sea and water.

About 900 parachutists from various SS military units started to descend on Drvar on May 25th. However, the operation Knights' Move failed. Tito managed to narrowly escape them, along with members of Russian and British Allied mission.